Here's How GSK and IBM Are Creating a Blockchain Supply Network 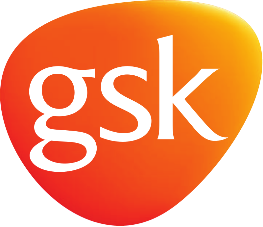 Blockchain has been a massive buzzword for a few years now. Thanks to the cryptocurrency boom, the technology which makes Bitcoin possible has been slowly finding its way into many other industries.

While blockchain has yet to find many recorded success stories outside the finance world, the promise it's showing is giving many brands cause for excitement. In 2018, global spending on blockchain solutions was predicted to hit $2.1 billion, and it's expected to grow 42.8 percent each year until at least 2022.

The desire for blockchain-based solutions is indeed present and growing, and one of the more interesting applications for the technology is in supply chains. As one of the world's largest pharmaceutical companies, GlaxoSmithKline recognizes this and has been working with IBM and other big brands to develop a new blockchain supplier network.

Lots of people have heard of blockchain, but remarkably few know how the technology works. Blockchain enables secure peer-to-peer transactions to take place without the need for a central authorizing body - such as a bank. While we use the word "transaction" when discussing blockchain, the technology isn't limited to financial exchanges and can be used for the transfer of any form of digital information.

A blockchain is a time-stamped series of immutable records of information which is stored on and managed by a host of separate computers - not owned by any single entity. Each block of data is secured by a complex cryptographic key.

One party begins the process by creating a single block of information. It is then verified by all the computers involved in the process - which can number in the thousands if not millions. This creates a unique record of each stage in the transaction that cannot be falsified without having to falsify the entire chain across millions of computers, which is virtually impossible. Each block has a complex hash code attached to it which contains information about all previous blocks.

Because the data is decentralized, there is no single location for a hacker or other criminal to attack. If one computer in the blockchain becomes corrupted, it is simply removed from the blockchain and the remaining ones continue unmolested. This transparency, decentralization, and immutability is what gives blockchain its much-vaunted security and is what makes it able to facilitate huge financial transactions, as well as hold and transfer other types of valuable information.

Recognizing the promise in blockchain, IBM has partnered with GSK and several other big brands to create Trust Your Supplier - a new network designed to enhance and digitize supply chain management processes including qualification, validation, and onboarding.

The network uses blockchain's decentralized ledger system to create a digital passport for verified suppliers. Suppliers with a digital passport can then share information privately and securely with any authorized buyer on the Trust Your Supplier network. Not only does this reduce the costs - both in terms of money and time - associated with the verification, qualification, and management of new suppliers, it can also create new business opportunities among suppliers and buyers who may not have otherwise encountered one another.

"Traditional methods of managing suppliers often involve cumbersome manual processes, which make it difficult to verify identities and track documents like ISO certifications, bank account information, tax certifications, and certificates of insurance throughout the lifecycle of a supplier," said IBM in a press release. "By using a decentralized approach and an immutable audit trail built on blockchain, Trust Your Supplier is designed to eliminate manual time-consuming processes and help reduce the risk of fraud and errors, ultimately creating frictionless connectivity across supply chains."

"IBM has over 18,500 suppliers around the world and will begin using the Trust Your Supplier network initially onboarding 4,000 of its own North American suppliers over the next few months," continues IBM. "IBM Procurement projects a 70 to 80 percent reduction in the cycle time to onboard new suppliers, with a potential 50 percent reduction in administrative costs within its own business. The Trust Your Supplier network is currently in limited availability with existing participants with plans for commercial availability later in Quarter 3 of 2019."

Blockchain is an exciting new technology and it's amazing to see all the different ways businesses are finding to incorporate it into their operations. The new Trust Your Supplier network is one of the more interesting blockchain-powered platforms to come out of the technology, and it will be good to see how well it does when it becomes commercially available later this year.

You can hear GSK's Senior Director for Commercial Operations U.S. of PharmaTech, Stan Swigoda, speak at Supply Chain Next 2019, taking place in November at the Westin Chicago River North, IL.

Download the agenda today for more information and insights.

*Processing your payment may take a moment. Please click submit payment only once, and do not refresh this page. Doing so may result in your credit card being charged more than once.

We use cookies and similar technologies to recognize your visits and preferences, as well as to measure the effectiveness of campaigns and analyze traffic.
To learn more about cookies, including how to disable them, view our Cookie Policy